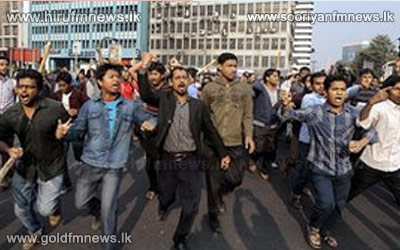 Police in Bangladesh have fired tear gas and rubber bullets as Islamist activists sought to enforce a national strike.

Clashes took place in the capital Dhaka - where protesters torched vehicles - and other towns and cities.

The strike has been called by the country's largest Islamist party, Jamaat-e-Islami, in protest at war crimes trials.