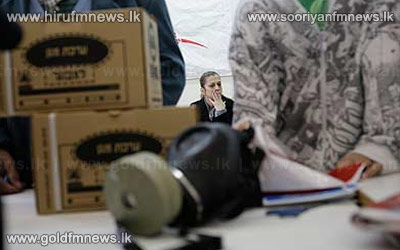 Syria threatened to retaliate over what it says was an Israeli air raid, as Damascus allies rushed to denounce the strike which threatened to take the conflict beyond Syria's borders.

Israel maintained a stony silence over Syria's claims, as well as over separate reports that its jets had hit a weapons convoy near the Lebanon border.

Syria's foreign ministry said Israel "and the states that protect it" are responsible for the air strike, and "affirms Syria's right to defend itself and its territory and sovereignty.