Construction of Seegiriya based on star charts 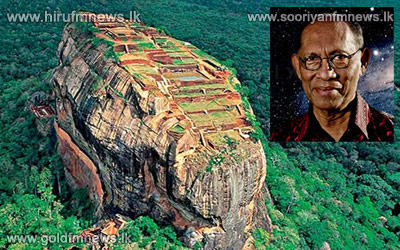 Director of the Buckingham Centre for Astrobiology at the University of Buckingham in the UK Professor Chandra Wickramasinghe states that Seegiriya which is a world heritage has been constructed to correspond with star charts.

Professor Wickremesinghe arrived in the island last Monday accompanied by a team of scientists in order to carryout investigations on samples of meteor fragments which had land fall in the Aralagaanwila area recently.

The team conducting investigations in this regard include Professor Richard B. Hoover of the National Aeronautics & Space Agency as well as representatives of the countries Medical Research Institute.

Subsequent to having engaged in a tour of Seegiriya yesterday Professor Chandra Wickremesinghe expressed the following views to our news team.