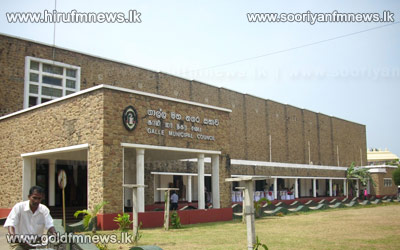 Court issued this order subsequent to considering a petition which was filed by Methsiri De Silva, the former Mayor of the Galle Municipal Council who was ousted recently by the Chief Minister of the Southern Province Shan Wijayalal De Silva.

The court ruling has been issued with effect until the 7th of February.