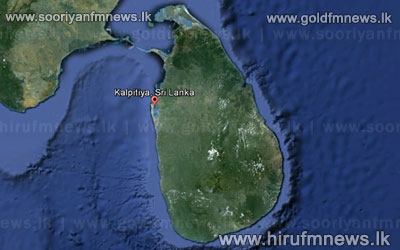 The police protection provided to the Kalpitiya Hospital due to the tense situation that arose following the sudden death of a patient who was treated at the private clinic run by the District medical officer of the Kalpitiya Base Hospital has been removed.

A 58 year old fisherman hailing from the Kalpitiya region who was suffering from join pains had come to obtain treatment at the clinic.

It is reported that the patient had died after taking a medication that was prescribed at the clinic.

The relatives of the fisherman who were angered by his demise had brought the dead body to the front of the Kalpitiya base hospital and behaved in an unruly manner.

The Kalpitiya police officers who arrived on scene had quelled the tense situation and had taken the body to the Chilaw hospital.