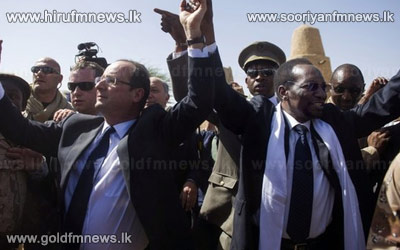 Francois Hollande was welcomed by dignitaries and residents in Timbuktu, six days after the city was recaptured.

He is expected to thank the French soldiers and stress the need for an African force to replace them swiftly.

Meanwhile, the UN has warned of the risk of reprisal attacks against Tuareg and Arab communities in northern Mali.