Representatives of IJA were not granted visa's bearing in mind country's well being; Immigration & Emmigration Controller 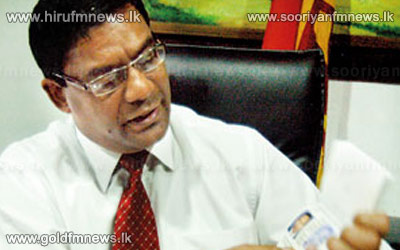 Controller of Immigration & Emigration Chulananda Perera states that members of the International Jurist's Association were not granted visas bearing in mind the interests of the country.

Expressing his views to our news team Chulananda Perera stated that there was no need for members of the IJA to visit the island at present.

Representatives of the IJA were due visit the island in order to probe the recent impeachment of Chief Justice Dr. Shirani Bandaranaike.

However former Indian Chief Justice J.S. Verma who was part of the four person delegation due to visit the island subsequently stated he would be vacating the delegation.

Expressing his comments to the Hindu Verma had stated that his decision had not been drawn based on a visa issue.