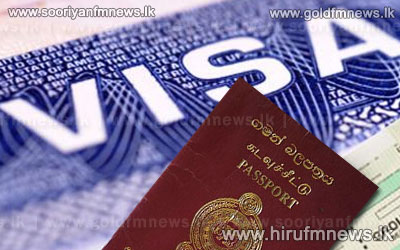 The International Bar Associations Human Rights Institute issuing a release states that its delegation has been forced to postpone a planned visit to Sri Lanka in order to assess the rule of law and the independence of the judiciary due to the last minute withdrawal of permission to enter the country.

The release further notes that the IBAHRI delegation consisting of distinguished jurists was scheduled to visit Sri Lanka from 1st to 10th February 2013.

A visa had been issued to one member of the delegation on 18th January 2013 and was revoked on 29th January 2013, while approval to enter the country was suspended in the cases of other delegates on 29th and 30th January.

The IBAHRI has expressed its serious concern to the Sri Lankan High Commission in London regarding the revocation and suspension of entry approval for its high-level delegates and looks forward to working together with the relevant authorities in ensuring a speedy and satisfactory resolution.

Meanwhile the Sri Lankan Ministry of External Affairs states that following the detection of inaccurate information contained in the visa applications of the 4 member delegation representing the International Bar Association, which had unilaterally scheduled a visit to Sri Lanka, the Government of Sri Lanka was constrained to withdraw visas issued through the ETA system for 3 applicants and the other by a diplomatic mission.

According to the Ministry of External Affairs it had subsequently come to light that the stated purpose for the visit in the applications was not in conformity with the actual nature of the visit.