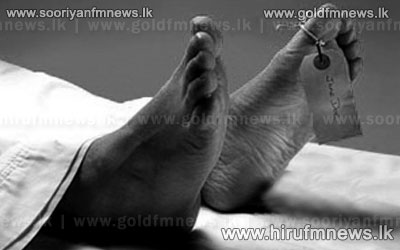 The bodies of the two suspects believed to have been instrumental in the murder of the Chief Incumbent of the Moratuwa-Egoda Uyana-Upananda Vihara has been discovered by police while lying in the Bandaragama-Dalkada area this morning.

According to the Police Media Unit the two suspects had been shot & are believed to have succumbed to their death owing to injuries.

The Chief Incumbent of the temple Venerable Matigahathanne Wimala Wansha Thero had been impaled by the suspects last night & had succumbed to his injuries upon having being admitted to the Panadura hospital.