Afghan and Pakistani presidents in Britain for talks 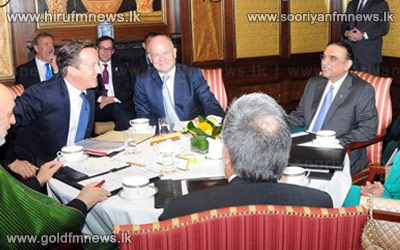 The summit at Cameron's Chequers country retreat near London is aimed at boosting cooperation between Afghanistan and Pakistan, amid growing fears that a civil war could erupt when international troops leave Afghanistan next year.

Support from Pakistan, which backed Afghanistan's 1996-2001 Taliban regime, is seen as crucial to peace after NATO troops depart -- but relations between the neighbours remain uneasy despite some recent improvements.