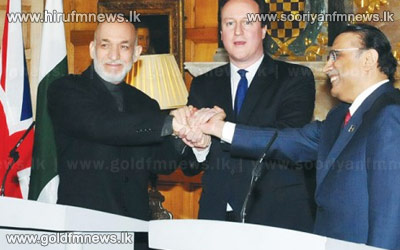 The leaders of Afghanistan and Pakistan said they would work to reach a peace deal within six months, while throwing their weight behind moves for the Taliban to open an office in Doha.

But with neither the Taliban nor the United States at the talks, and the militants still refusing to talk to Kabul, analysts said the commitment by the three leaders risked being one-sided.