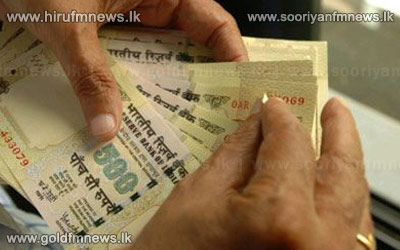 Information regarding a racket to smuggle foreign currency out of Sri Lanka through the Bandaranayake International Airport was reported today.

The airport customs officials had confiscated foreign currency which included American dollars, Sterling pounds, Euros and other currency worth 12 million rupees which was discovered in a luggage compartment of a passenger in a Sri Lankan Airlines flight that was scheduled to depart to Singapore at 1.05 this morning.

It is reported that the passenger who hails from the Hambantota region, who has travelled abroad on more than 20 occasions, was arrested and is currently being questioned by customs officials.

Speaking to our news team the Airport Customs Spokesperson Lesli Gamini stated that an investigation has been launched into the foreign currency smuggling racket with the assistance of the CID.