Chief suspect of the murder of monk remanded; Police searching for 3 more individuals 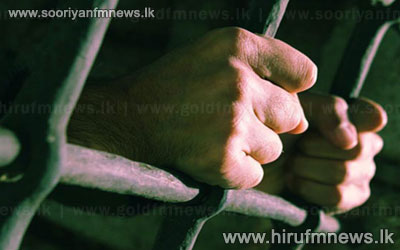 The deputy mayor of Moratuwa, Sujith Pushpakumara, who was arrested in connection with the murder of the chief incumbent of the Moratuwa – Egoda-uyana Sunan do pa nanda temple, venerable Miti gaha thanne Wimalawansa thero, has been remanded till the 14th of this month after he was produced before the Morartuwa Magistrate's Court.

When the suspect was produced before courts the Police anti riot squad had tightened security around the court complex.

Venerable Miti gaha thanne Wimalawansa thero was murdered after being stabbed by a sharp weapon day before yesterday night.

The bodies of two main suspects in the murder, who were shot dead, were found yesterday morning in the Bandaragama - Delkada region.

The police are continuing their investigations and are searching for 3 more suspects.