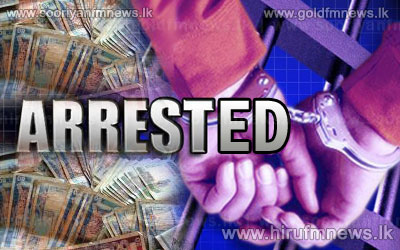 An Army Captain who had attempted to rob a state owned bank in Katugasthota, Kandy today disguised as a Muslim woman wearing a burqua has been arrested by police.

Security officials attached to the bank who had grown suspicious of the individual had interrogated the suspect, there by uncovering his true identity.

Police who arrested the suspect had also seized an automatic weapon in his possession.

The suspect had been attached to the Kothmale army camp.