Birth control is the only way for reducing the cabinet; a suggestion from the JVP 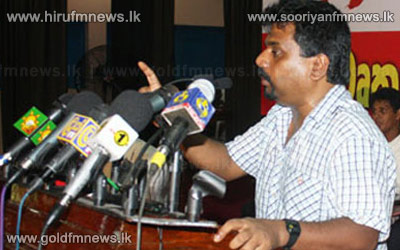 The MP said so while participating at a rally the Anti-imperialist People’s Movement had organised at the Colombo Hyde Park ground last afternoon.

This march that began from the Lakehouse roundabout and Punchi Borella Junction in protest against imperialist interventions ended with a rally held at the Colombo Hyde Park ground.