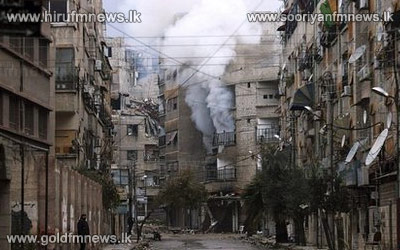 Much of the violence was centred around the Jobar district and a key junction on the Damascus ring road.

But it was not clear whether the rebels managed to retain any territory they claimed in battle, and the Syrian army said it too launched an offensive.