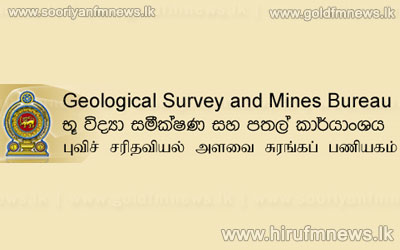 The Geological Survey and Mines Bureau has decided to conduct a long term investigation regarding the minor tremors that are being reported from various regions of the island.

In the recent past such tremors were reported from regions such as Ampara, Badulla, Gampola.

Chairman of the Geological and Mines Bureau N. P. Wijayananda stated that approximately 10 to 12 such tremors are being reported in the island during a year.

The Geological Survey and Mines Bureau has also decided to base the investigation on the recent tremors reported in the Ampara region.

Accordingly a special investigation team of the bureau is scheduled to depart to Ampara today.