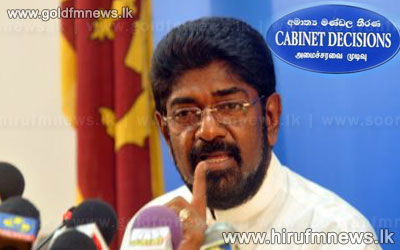 Minister Keheliya Rambukwella says that the Government was acting earnestly for implementing the LLRC recommendations.

The Minister said so in reply to a question a journalist raised yesterday at the cabinet decision media briefing.

On this occasion the Minister said that an inquiry would be held into the statement NFF leader Minister Wimal Weerawansa had made with regard to the US Embassy.

Addressing a function held in Trincomalee recently Minister Wimal Weerawansa expressed the following view with regard to the activities of the US Embassy in Colombo.