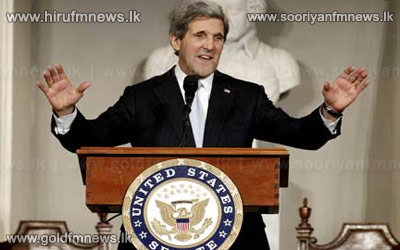 US Secretary of State John Kerry warned that North Korea's expected nuclear tests only increase the risk of conflict and would do nothing to help the country's stricken people.

North Korea has vowed to carry out a third nuclear test soon, and concerns have been raised over the type of fissile material used in the device.

Tests by Pyongyang in 2006 and 2009 involved plutonium, so a uranium detonation would prove that regime of new leader Kim Jong-Un has developed an additional way to make bombs.