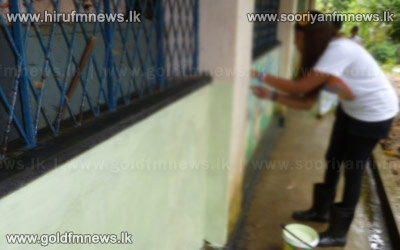 The incident in which a 13 year old student has been produced before court subsequent to having stolen 8 coconuts is being discussed extensively at various social fora.

Questions continue to be raised regarding the permissibility of the actions of the police as well as the proprietor of the plot of land in particular.

According to the complainant of the incident Chandrasena Karannagoda

at reforming the child who had been receiving her education at the Horana Medhankara Central College.

Since the issue had been taken to courts instead of having being solved at the police, our news team sought the views of Police Media Spokesperson SSP Prishantha Jayakodi in this regard.

Meanwhile various views continue to be expressed regarding the collection of funds from students.

However countering the views of Minister Prasanna Ranathunga, General Secretary of the Ceylon Teachers Union Joseph Stallin states that despite such statement fees are being levied from students.

Meanwhile Chairman of the Lanka Teacher Services Union, situations such as these have cropped up due to a circular issued by the Ministry of Education in 2008.

Moreover Minister of Education Services Duminda Disananyeke when contacted that he would be visiting the Horana Medhankara College this evening in order to ascertain the situation himself.

Several concerned parents meanwhile expressed these views to our news team regarding incidents of this nature.