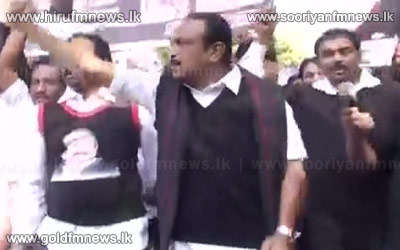 MDMK chief Vaiko was arrested at Parliament Street police station in the capital today along with 60 to 70 supporters while protesting against Sri Lankan President Mahinda Rajapaksa's visit to India.