Do not get excited - says minister of private transportation services 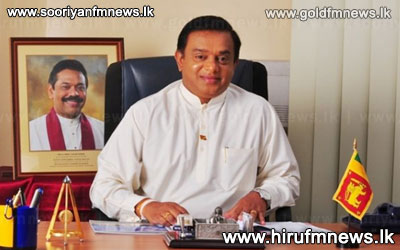 Minister of Private transportation services C. B. Ratnayaka states not to get excited regarding statements made by those without a proper knowledge of the country’s laws.

The minister made this statement with regard to the statement issued by the Lanka Private Bus Owners Association stating that self employed vendors have been banned from plying their trade in buses.

Speaking at a press conference held recently, the chairman of the Lanka Private Bus Owners Association, Gamunu Wijeratne stated that according to the rules and regulations of the National Transport Commission it is illegal to engage in sales inside buses.

In response to this statement Minister C. B. Ratnayaka stated that his ministry will work together with the economic development ministry to enhance the trade of the self employed vendors.

Meanwhile, Gamunu Wijeratne also made the following allegation against the chairman of the Self Employees Association Mahinda Kahandagama.

However, chairman of the Self Employees Association Mahinda Kahandagama refuted the allegations made by Gamunu Wijeratne.

Speaking further, Mahinda Kahandagama raised a question of what has the chairman of the Lanka Private Bus association done for the welfare office of the private bus employees.

However, speaking further Minister C. B. Ratnayaka stated that anyone who is scamming or abusing women and those who collect money inappropriately will be persecuted to the fullest extent of the law.