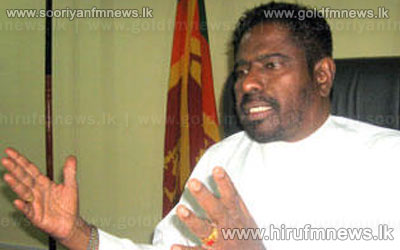 Minister of Wild Life Conservation Wijith Vijayamuni Soysa states that he has become an intermediary in the battle between wild elephants & those displaced.

Addressing a function held in Siyambalanduwa yesterday Minister Soysa had this to say.

The Patriotic National Front states that there is no risk of an economic embargo being imposed against the island concurrent to the Geneva resolution which is due to be adopted in March.