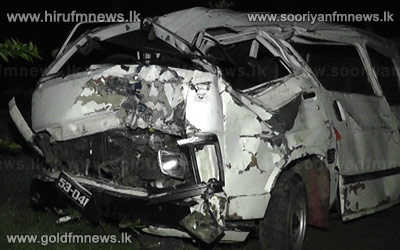 3 people were killed and 8 more were injured when a van toppled down a precipice near the 32nd post along the Badulla – Bibila main road.

Police stated that a 3 year old child and a woman were among the dead.

Those who were injured have been admitted to the Bibila hospital.