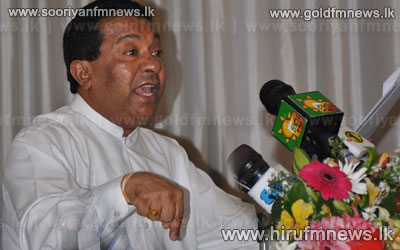 Addressing a function held in Udunuwa-Kandy today minister Dissananyeke made the following observations.

Minister of Higher Education S.B. Dissanayeke states that students who gained university entrance subsequent to the 2011 advanced level examinations, would be absorbed into the countries university system prior to the end of March this year.

apologized to students on behalf of the delays experienced in enrolments.

Moreover Minister S.B. Dissanayeke stated that rumours regarding students enrolments to the university system were a blatant fallacy.