No successor - the throne is the deal says Ranil 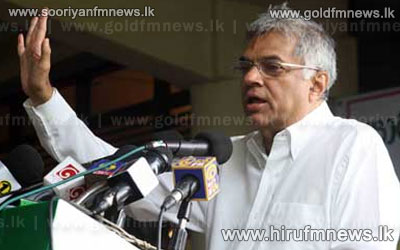 Opposition Leader Ranil Wickremesinghe states that the parties leadership does not have a successor, instead addressing an audience in Dikwella-Mathara today Wickremesinghe noted that it was the public who decided on the UNP's next successor.

Moreover expressing his views further Wickremesinghe added that within a democratic frame work a countries government as well as opposition should discuss matters of common concern together, but cautioned that this should occur on the side of the opposition devoid of betraying party policies.

Meanwhile addressing a media briefing convened by the Aligned Opposition,

Leader of the Maubima Janatha Party Hemakumara Nanayakkara noted that 11 parties which represent all ethnicities in the island were due to enter into an agreement with the UNP tomorrow.