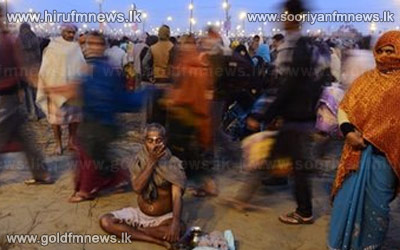 The main day of bathing has been held at India's Kumbh Mela, with 30 million pilgrims taking a dip at the confluence of the Ganges and Yamuna rivers.

This is the most auspicious of six bathing days at the event, billed as the world's biggest human gathering.

However, according to reports, 35 people died in a stampede at a railway station in the nearby city of Allahabad.

Reports added that 28 of those who died when a footbridge at the station collapsed, were female, and seven were male.