'Halaal' is only a commercial matter; JVP 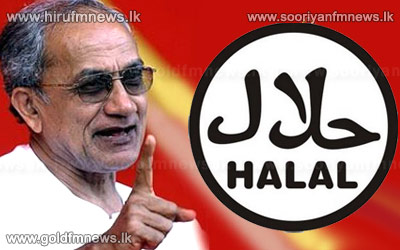 The JVP says that 'Halaal' is only a commercial matter.

JVP Leader Somawansa Amarasinghe said so while participating at a people's rally held in Dambulla.

JVP Leader Somawansa Amarasinghe pointed out that although some appealed for a halaal boycott, consumers would be induced to buy more halaal-certified goods if they were sold at reduced price.

Meanwhile making a special statement in parliament recently Opposition Leader Ranil Wickremasinghe too said that the responsibility of issuing the Halaal Certificate should be given to the Sri Lanka Standards Institute.

However the Jamaitulla Ulamaa says that it does not want to create a Muslim extremism.

Convening a media briefing in Colombo recently, Media Spokesman Faadil Faaruk stated as follows in reply to the allegations made by various sections including the Bodu Bala Senaa with regard to the halaal certificate: