The Pope is to resign at the end of this month in an entirely unexpected development. 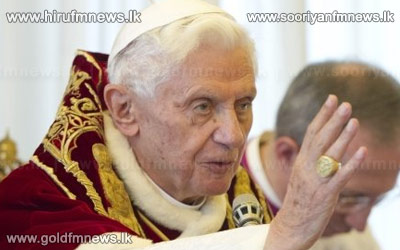 The 85-year-old Pope is to resign at the end of this month in an entirely unexpected development, saying he is too old continue.

Resignations from the papacy are not unknown, but this is the first in the modern era, which has been marked by pontiffs dying while in office.

At 78, the former Cardinal Joseph Ratzinger was one of the oldest new popes in history when elected.

He took the helm as one of the fiercest storms the Catholic Church has faced in decades - the scandal of child sex abuse by priests - was breaking.

In a statement, he said: "After having repeatedly examined my conscience before God, I have come to the certainty that my strengths, due to an advanced age, are no longer suited to an adequate exercise of the Petrine ministry...