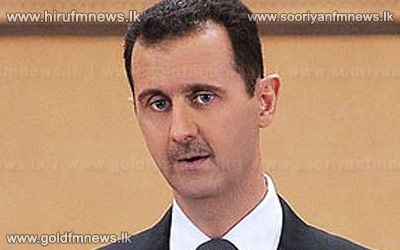 Syria's opposition leader said the Damascus regime had given "a very negative" message to the world by failing to welcome his offer for peace talks to end the nearly two-year conflict.

Khatib, who is seeking to end the iron-fisted rule of President Bashar al-Assad, has said that his group was ready for talks with Assad's regime -- subject to conditions including the release of 160,000 detainees.

He also said he sought dialogue with regime members who did not have "blood on their hands" and asked that Assad dispatch his deputy, Vice President Faruk a-Sharaa, for talks.

On Friday Syrian Information Minister Omran al-Zohbi said the government is prepared to have a dialogue with its political opponents but without "preconditions."