Preserving peace won is as important as winning the war; Dr Dayan 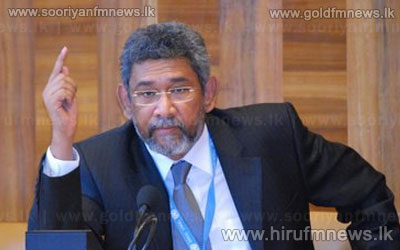 Dr. Dayaan Jayatilake says that preserving the peace won is as important as winning the war.

Dr. Dayaan Jayatilake is considered as a distinct vociferous character  in this country's modern and diplomatic sector.

He participated in a special discussion with our news team yesterday.

Our news team inquired from him whether the Government was able to defeat a resolution at the Geneva UNHRC against Sri Lanka if it was put forward.

However  participating at a function held in Kandy yesterday Minister Keheliya Rabukwalla said that the government would never bow down in the face of international challengers.