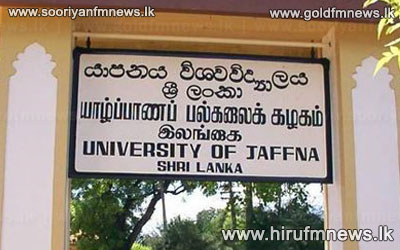 The two Jaffana university students who were arrested & rehabilitated were handed over to the custody of their parents today, based on the instructions provided to the police by President Mahinda Rajapaksa.

11 students were arrested in total during a protest which was organised at the premises of the Jaffna University on the 28th of last November.

Subsequently all students were released except for 4 students who were later directed towards rehabilitation.

Out of this group two students were released earlier.

During the Jaffna District Development Committee meeting held yesterday, parents of the children in custody requested of President Mahinda Rajapaksa to release their children.

Speaking here President Mahinda Rajapaksa had noted that it was the responsibility of parents to ensure the upbringing of their children.

Subsequently the President Rajapaksa had instructed the Inspector General of Police to release the two students provided that their parents were willing to take over their responsibility.