South Korea to step up missile defence after North test 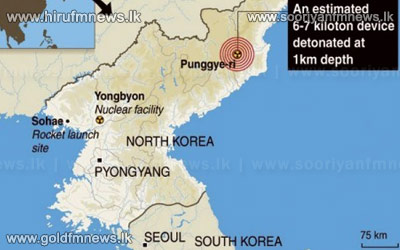 South Korea said  it would accelerate the development of longer-range ballistic missiles that could cover the whole of North Korea in response to a third nuclear test by Pyongyang.

In October last year, South Korea reached a deal with the United States to almost triple the range of its missile systems -- with Seoul arguing it needed an upgrade to counter the North's missile and nuclear programmes.

The United States has 28 thousand 500 troops in South Korea and guarantees a nuclear "umbrella" in case of any atomic attack. In return, Seoul accepts limits on its missile capabilities.