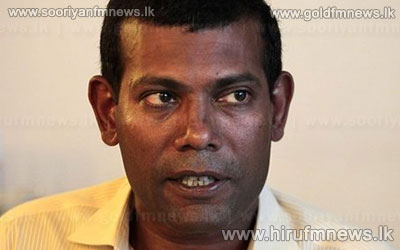 Former Maldives president Mohamed Nasheed took refuge in the Indian High Commission in Male today as police attempted to arrest him, risking fresh protests by his supporters who say he was overthrown in a coup last February.

Nasheed, the country's first democratically elected leader, was removed from office in contested circumstances and his supporters have frequently clashed with security forces in the Indian Ocean archipelago famous as a luxury tourist resort.

Riot police barricaded the street outside the high commission after Nasheed's arrival at noon, as his supporters began to gather in protest against his possible arrest.

A court ordered police to arrest Nasheed after he missed a February 10th court appearance in a case relating to accusations that he illegally detained a judge during the last days of his rule.

If found guilty in the court case, Nasheed could be barred from standing in a September 7th presidential poll but his party says the trial is an attempt to prevent him from contesting and has challenged the court's legitimacy.