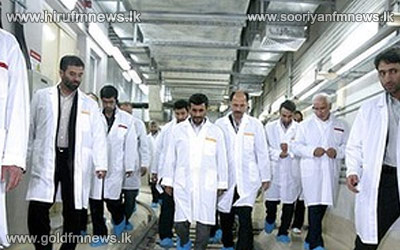 Iran announced an upgrade to its uranium enrichment machines, upping the stake even as UN experts were holding talks in Tehran on the Islamic republic's controversial nuclear drive.

The announcement comes despite a warning by Washington that an Iranian upgrade would violate UN resolutions and claims by Israeli Prime Minister Benjamin Netanyahu that Tehran is moving closer to making a nuclear bomb.

Atomic Energy Organisation chief said new centrifuges with "a higher efficiency" were being installed at Iran's Natanz site, which uses the machines to enrich uranium gas by spinning it at supersonic speeds.