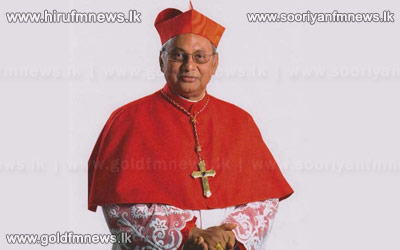 The Archbishop of Colombo states that pre publicity cannot be given regarding the appointing of the pope.

Media spokesperson of the National Catholic Social Communication Council Reverend Father Benedict Joseph stated that the catholic council will not issue a statement regarding the names of the cardinals that have been published in the local media as candidates to the position of pope.

Various media reports stated that his eminence Malcom Cardinal Ranjith has the opportunity to be elected as the new pope.

The Archbishop of Colombo has issued this statement in reply to these media reports.