The amputation of the law student Achala's hand is a flaw of the staff; the report reveals. 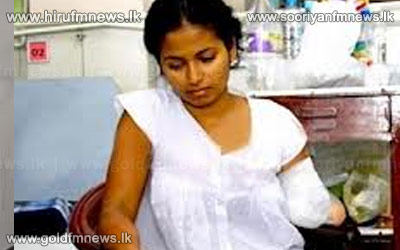 Health Ministry Secretary Dr. Nihal Jayatilake says that it has been revealed in the investigations with regard to the amputation of the left hand of law student Achalaa Priyadarshani that certain drawbacks of the health staff had taken place in the incident.

The left hand of law student Achalaa was amputated after she was transferred to the Colombo National hospital from the Matara hospital where she had been admitted with a bone fracture caused by a fall at her home.

A team comprising Health Services Director Laal Panaapitiya and three Specialist doctors was appointed for carrying out a special investigation.

The report including their observations was recently handed over to the Health Ministry.

The Secretary also said that disciplinary action would  be taken accordingly.