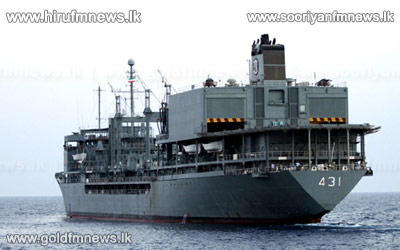 The Iranian navy says it used Sri Lankan waters to anchor its ships.

The US and it’s allies have been concerned about Iran and its deployment of ships in international waters.

Commander of the Iranian Navy Habibollah Sayyari said Iran anchored ships on many ports which they have coordinated before, including Sudan, Jeddah, Djibouti, Sri Lanka and Latakia.

Last month Iran said it will deploy a fleet of warships to patrol the north of the Indian Ocean, the Gulf of Aden, the Red Sea, Suez Canal and the Mediterranean Sea for three months and will even sail as far as southeastern Asian countries.

Our news team inquired about this from the Sri Lanka Navy.