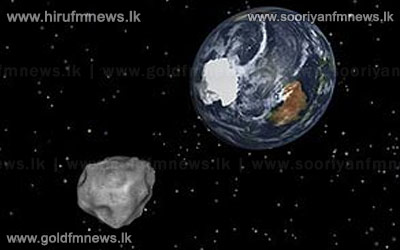 A newly discovered asteroid about half the size of a football field will pass nearer to Earth than any other known object of its size today, giving scientists a rare opportunity for close-up observations without launching a probe.

At its closest approach, the asteroid will pass about 17,200 miles above the planet travelling at 8 miles per second, bringing it nearer than the networks of television and weather satellites that ring the planet.

Although Asteroid 2012 DA14 is the largest known object of its size to pass this close, scientists say there is no chance of an impact, this week or in the foreseeable future.

Speaking further he also had this to say....