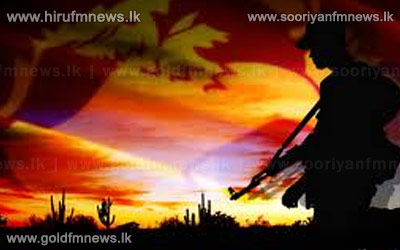 The report compiled by the army on the allegations raised by Channel-4 against it has been handed over to the Army Commander today.

On several occasions Channel-4 raised chargers against the Sri Lanka army stating that civilians had been killed during shell attacks launched by the army.

However the Lessons Learnt & Reconciliation Committee subsequently in its list of recommendations noted that an inquiry into these allegations should be conducted.

A court of inquiry was later on appointed by the Army Commander which was headed by Major General Krishantha De Silva.

Expressing his views to our news team Army Media Spokesperson Brigadier Ruwan Wanigasooriya added that this report was handed over to the Army Commander today.