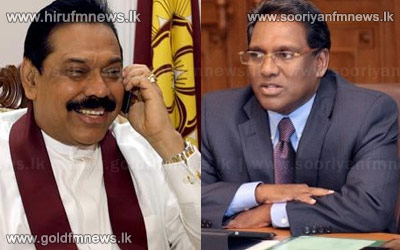 President Mahinda Rajapaksa has engaged in a telephone conversation with his Maldivian counterpart Mohammed Waheed.

According to government sources the President had phoned his counterpart in order to ascertain the political situation in the Maldives.

Political tension in the Maldives has been rife since recent times with its former President Mohammed Nasheed seeking refuge at the Indian embassy in male.

However Maldivian government forces have confirmed that it has no intention of arresting the former President.