Government sees positives in the opposition 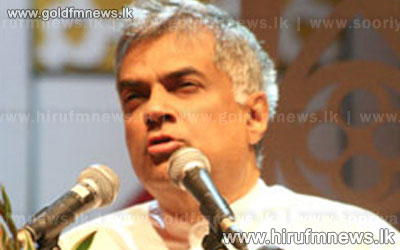 Opposition Leader Ranil Wickremesinghe yesterday requested for a 50 member strong working committee to be appointed in order to enact the recommendations of the Lessons Learnt & Reconciliation Commission.

According to Wickremesinghe's proposal, the working committee appointed in this regard should comprise of 25 government members as well as opposition party members each.

UPFA General Secretary Minister Susil Premajayantha stated that the Opposition leaders proposal was seen as a positive one.

However, JVP Parliamentarian Sunil Handunneththi stated that the government and the UNP had the same agenda during such instances.