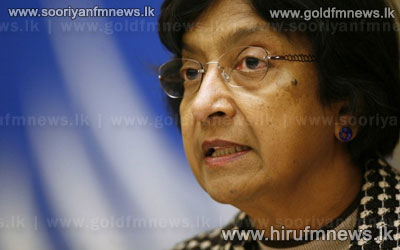 has been removed through surgery.

3 unidentified individuals had shot the victim on Friday night, at an eatery owned by him on Hotel Road, Mount Lavinia.

Shaukatally who was initially admitted to the Kalubowila hospital was later transferred to the Colombo National Hospital.

Director of the Colombo National Hospital Dr. Anil Jasinghe commenting in this regard noted that the bullet had been removed last night by conducting a minor surgery on the victim.

Sharing an audience with Britain's Channel-4 Pillai stressed that the government of Sri Lanka should take immediate measures to safe guard the life of Faraz Sahukatally.

Staying in related developments, the office of the British Foreign Affairs department has issued a release denouncing the attack launched on Sunday Leader journalist Faraz Shaukatally.

Shaukatally is a journalist who shares dual citizenships both in Sri Lanka as well as the U.K.

Although we tried to contact Minister of Mass Media Keheliya Rambukwella in this regard our attempts were proven futile.

Police Media Spokesperson SSP Prishantha Jayakody stated that investigations are continuing in to the shooting and that they have been transferred to the CID.

However, no suspects have been arrested as yet.

Moreover UN High Commissioner for Human Rights Navaneethan Pillai also expressed her views regarding the report compiled on the island.

Speaking further in this regard she noted that the UNHRC remained prepared to offer Sri Lanka the required technical assistance to deal with issues pertaining to reconciliation & accountability.

Moreover Cabinet Media Spokesperson Minister Keheliya Rambukwella noted that the country remains prepared to address any & all accusations raised against the country during the UN Human Rights Council Session.