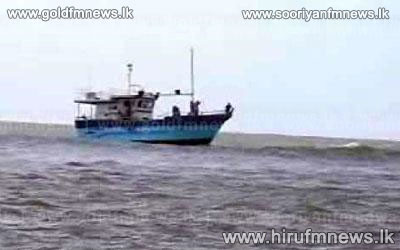 Deputy Director of the Karapitiya Hospital Dr. Chandima Sirithunga when contacted stated that the group had been subjected to several medical check-up's following their admission.

The Myanmar national who were rescued by the Sri Lankan navy while adrift in the sea had been in a critical state when they were located.

The group were admitted to the Karapitiya hospital due to ailments caused by prolonged starvation.

According to the latest revelations a group of 130 Myanmar nationals had set sail for Australia by sea in three separate crafts.

Those on board two crafts are said to have perished at sea, while those on board the surviving craft had been rescued by the Navy.

Gnan-Bhasa meditation centre in Myanmar visited those admitted to the Karapitiya hospital today based on a request made by the Myanmar embassy in Sri Lanka.

Those receiving treatment at the hospital had informed the thero that 98 who had travelled with them had perished due to suffering from prolonged hunger.