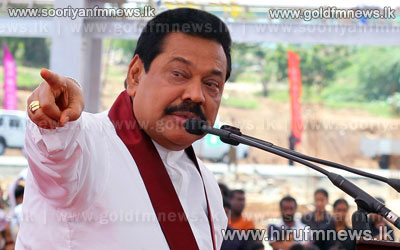 President Mahinda Rajapaksa made this observation while addressing a function held in Mathara today, where a second school under the government sponsored initiative to declare open 1000 secondary schools was vested in the public.

The school which has been named the Mahinda Rajapaksa College spans across a land extent of 24 acres & has been constructed in Rassandeniya, Mathara.

Speaking here President Rajapaksa noted that it was the responsibility of parents to instil positive values in children from their younger years.

Speaking further President Rajapaksa noted that it was the current regime which took development to the rural fronts of Sri Lanka, a fact which has been confirmed by the skills displayed by students facing various examinations.