One out of 98 persons of Myanmar nationality thrown into the sea rescued. 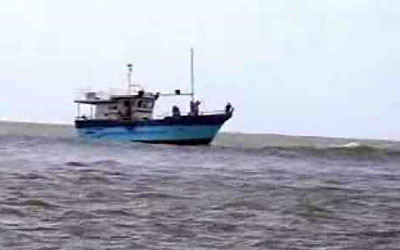 Fishermen have rescued within the Thangalla sea limits one of the 98 Myanmarians who had been thrown into the sea.

The Thangalla police said that this rescued person had been admitted to the Thangalla hospital.

Police spokesman SSP Prishaantha Jayakody said that information had been received to the effect that 98 Myanmarians had been thrown into the sea since they had died due to not taking any food.

The navy had rescued 32 Myanmarians day before yesterday when they were stranded in the eastern sea.

Deputy Director of the Karapitiya Hospital Dr. Chandima Sirithunga when contacted stated that the group had been subjected to several medical check-up's following their admission.