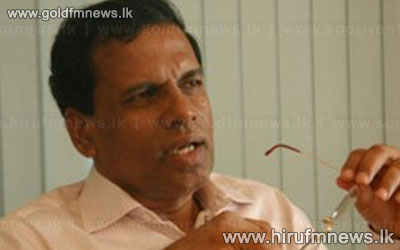 An effort taken by a former senior health official attached to the Ministry of Health to import a stock of pharmaceutical drugs to the country illegally violating government's purchase protocols has been thwarted by Minister of Health Maithreepala Sirisena.

The government decided to implement a policy to directly purchase pharmaceutical drugs peer to peer from other governments in order to mitigate discrepancies which arise when drugs are being imported via pharmaceutical companies.

During a recent tour to India Minister of Health Maithreepala Sirisena had met his Bangladeshi counterpart.

The Bangladeshi Minister of Health had subsequently notified Minister Sirisena that his government had already reached an agreement with the Sri Lankan government's representative in order to facilitate the purchase of drugs.

In reply Minister Maithreepala Sirisena had notified the Bangladeshi Minister of Health that no representative had been sent to Bangladesh in order to discuss pharmaceutical drug supplies.

Subsequent revelations had brought to light that a former top official attached to the Ministry of Health had represented the island in Bangladesh stating that he was to facilitate the purchase of pharmaceutical drugs.

If the effort was fruitful the errant official is expected to have raked in a huge commission on the rogue deal.