Army refutes allegations that it purchased weapons from UK 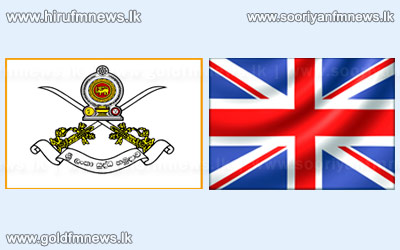 The Guardian reveals that Small arms weaponry, ammunition and various other military equipment were among millions of pounds worth of goods exported last year from Britain to Sri Lanka under licenses for arms and other closely regulated exports.

Statistics taken from the British government's own database for strategic export controls show items ranging from assault rifles and shotguns through to weapons sights, pistols and ammunition were sold last year to the government.

Sri Lanka is listed by the UK's Foreign Office as a "country of concern" because of its human rights record.

In a December update, the Foreign Office also said the human rights situation there had been marked by negative developments over the last three months.

According to the Guardian a spokesperson for the Department for Business, Innovation and Skills said that it does not comment on individual license requests, the application or the end user, but added that UK government takes its export licensing responsibilities seriously and operates one of the most rigorous arms export control regimes in the world.

However when inquired from Army Spokesperson Brigadier Ruwan Wanigasooriya regarding the chargers arraigned against the country by the UK's Guardian news paper he refuted these allegations.