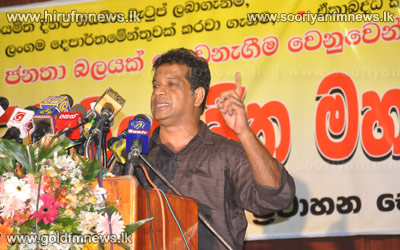 Media Spokesperson of the United National Party Gayantha Karunathilleke states that the citizens of the country have been overwrought with greatest cost of living in the countries history.

UNP MP Gayantha Karunathilleke made this observation while addressing a media briefing held in Colombo today.

However Minister Nimal Siripala De Silva addressing a function held in Badulla today alleged that the UNP was facing a dire crisis at present.

Meanwhile Polit Bureau member of the JVP K.D. Lal Kantha charged that the opposition was to no avail.