Oscar Pistorius 'thought he was firing at intruder' 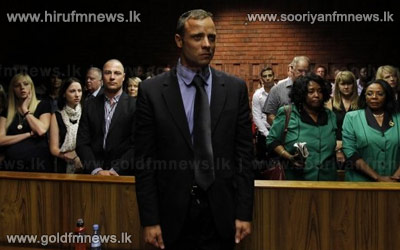 South African athletics star Oscar Pistorius has denied murdering his girlfriend, saying he shot her by mistake thinking she was an intruder.

He told a packed bail hearing in Pretoria that he loved Reeva Steen-kamp and had never intended to kill her.

Prosecutors accuse Pistorius of premeditated murder. They say he shot his girlfriend dead deliberately, firing through a locked bathroom door.

The hearing came as Steenkamp's family held her funeral.

The case has shocked South Africans and many around the world who admire Oscar Pistorius for overcoming adversity to become a Paralympic champion.